In this short post, I’ll show how I update my static website hosted on github using git.

I moved my blog from Google Blogger to Github Pages and Jekyll about 2 years ago.

The migration of my old blog posts and comment was another story 😶.

Starting a blog from an existing theme

We can summarize the workflow described above like this:

However, when the Blog theme author release a new version, how to you pull the latest changes ?

One of the great advantage of having my blog content hosted on git is that I can easily use git to pull the last updates from the jekyll theme used.

In my case I’m using the Minimal Mistakes Jekyll theme from mmistakes. You’ll need to adapt the following code for the theme that you are using.

When pulling the changes from the Upstream (as see above) you might see some conflicts, example during my last upgrade: 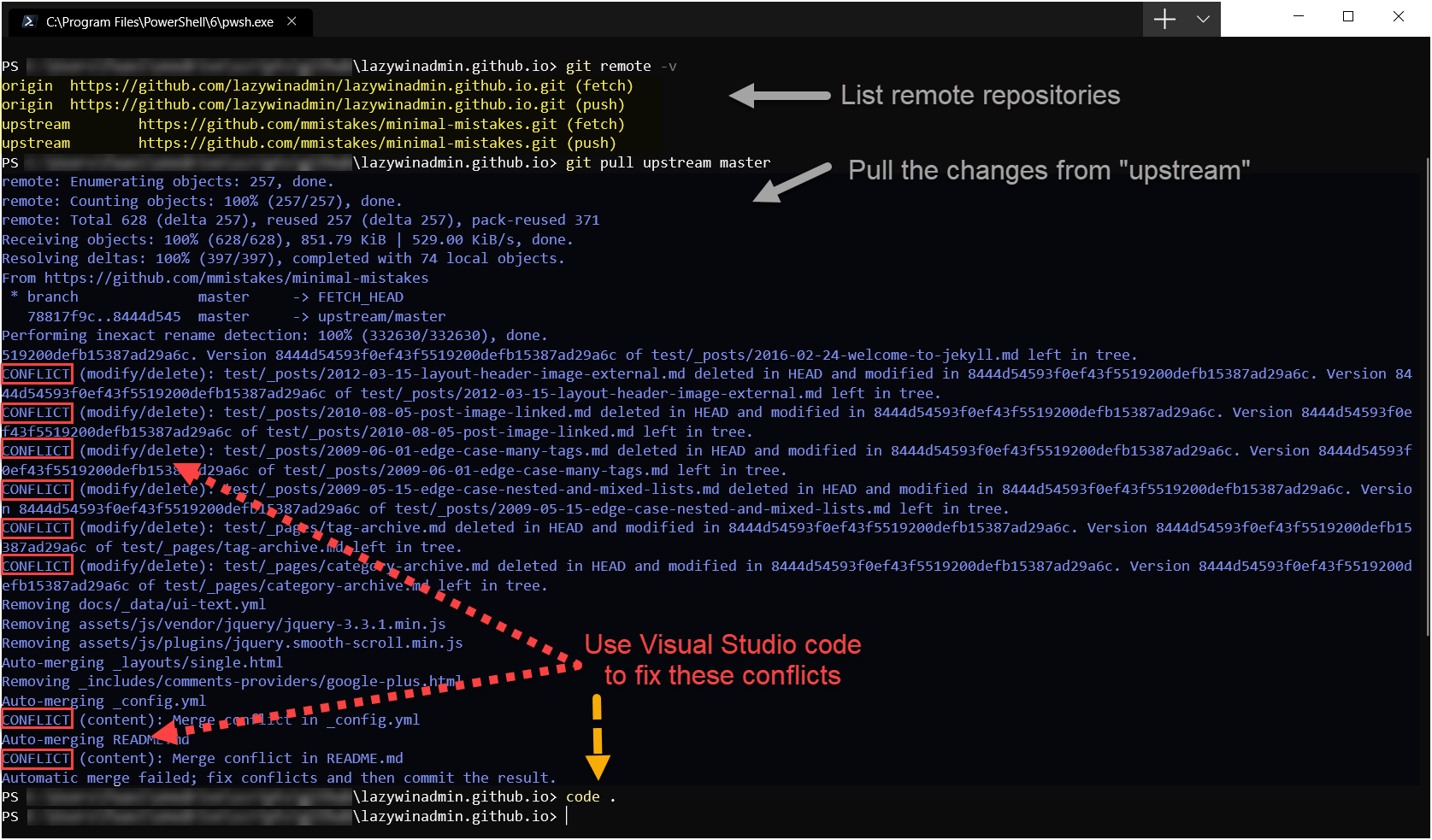 You resolved these issues using Visual Studio, here is an example: